The painted churches of Texas 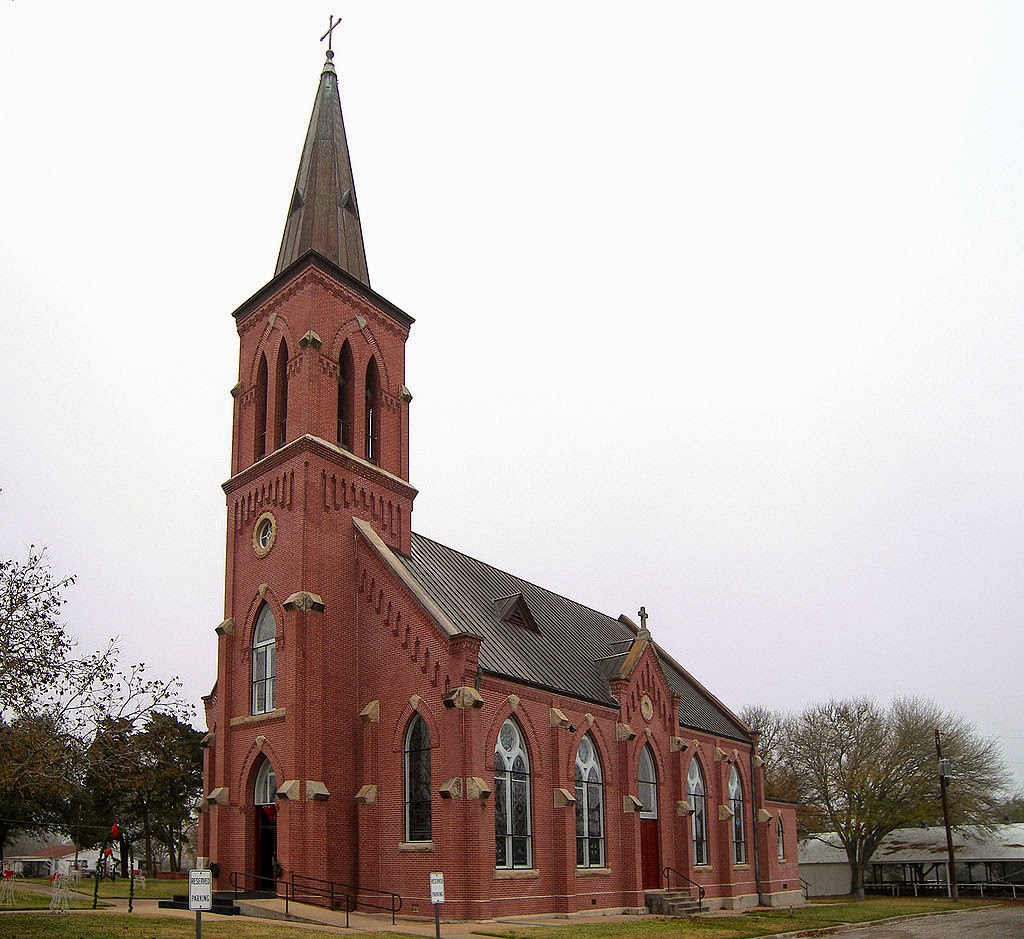 Texas is a big place. It's larger than several of the most powerful nations in history (Britain, Germany, and France). There's no surprise, then, that whenever I take a day trip one or more hours outside of where I live, I find treasures I never imagined could exist before. Yesterday's road trip was taken chiefly with the intent of making it to the small town of Brenham and going on a tour of the original Blue Bell Creamery (a brand of ice cream sold mainly in the southern US). That mission was a success, but it was crowned by an even greater discovery: a little church off a country lane, more resplendent than virtually any church in our major metropolis areas. This was Saint Mary's, High Hill, the "queen of the painted churches".
The German and Czech immigrants who settled in central and east Texas throughout the mid-late 19th century, though poor, had little taste for the simple "Mission" style architecture which the Catholic bishops of the century in Texas promoted. They were determined to recreate the glorious church architecture they had known in the Fatherland here in the wilderness. The community hired a San Antonio architect, the son of a German immigrant and the closest thing Texas has to an Augustus Welby Pugin: Leo M. J. Dielmann.
San Antonians probably don't recognize the name, but they've all seen his works: the Fairmount Hotel across from Hemisfair Park, the City Council building (the tall building next to San Fernando Cathedral, which was formerly the original Frost Bank Tower), the nuns' chapel at Our Lady of the Lake University, the chapel at Fort Sam Houston, and the Hermann Sons Grand Lodge.
Born 1881, Dielmann studied architecture in Germany for two years in 1900-1901, and was in Europe just in time to attend the great Exposition Universelle in Paris at the turn of the 20th century. Dielmann dabbled with the art nouveau that was introduced at the Exposition and used Art Deco in several of his civic designs (like the Hermann Lodge). For sacred architecture, though, he was convinced of the superiority of Gothic over the Baroque and Rococo styles that were popular in German-American communities elsewhere in the United States.
Dielmann's first church commission was for the tiny community of High Hill (doomed to forever remain small, as they refused to allow a railroad to run nearby) in 1906. You'll see in these images that the community's limited means required Dielmann to create the illusion of groin vaults by the careful application of paint. It's precisely the rich decorative painting of Saint Mary's, High Hill, though, which make it the "queen of the painted churches" of east-central Texas. San Antonian admirers of this church's paint will like to know that the team of painters, Ferdinand Stockert and Hermann Kern, were also responsible for the interior of Saint Joseph's church in downtown San Antonio.
As for Dielmann, he shortly found commissions for churches all over Texas, especially among German immigrants: Saint Mary's in Fredericksburg, Saint Mary's in Brenham, and Our Lady of Guadalupe in San Antonio, among others. As for the rest of his life, the Texas State Historical Association describes him as quite the civic leader:

"Dielmann was a member of the Texas Society of Architects and of the board of trustees of the San Antonio Public Library, president of Harmonia Lodge of the Sons of Hermann in Texas, and committeeman for the Home for the Aged of the Sons of Hermann at Comfort. He belonged to the San Antonio Liederkranz, the Beethoven Männerchor, the Order of the Alhambra, and St. Joseph's Society. He was a member of the Democratic party and St. Joseph's Catholic Church in San Antonio. Dielmann married Ella Marie Wagner on April 25, 1911. They had three children. He died on December 21, 1969, in San Antonio." 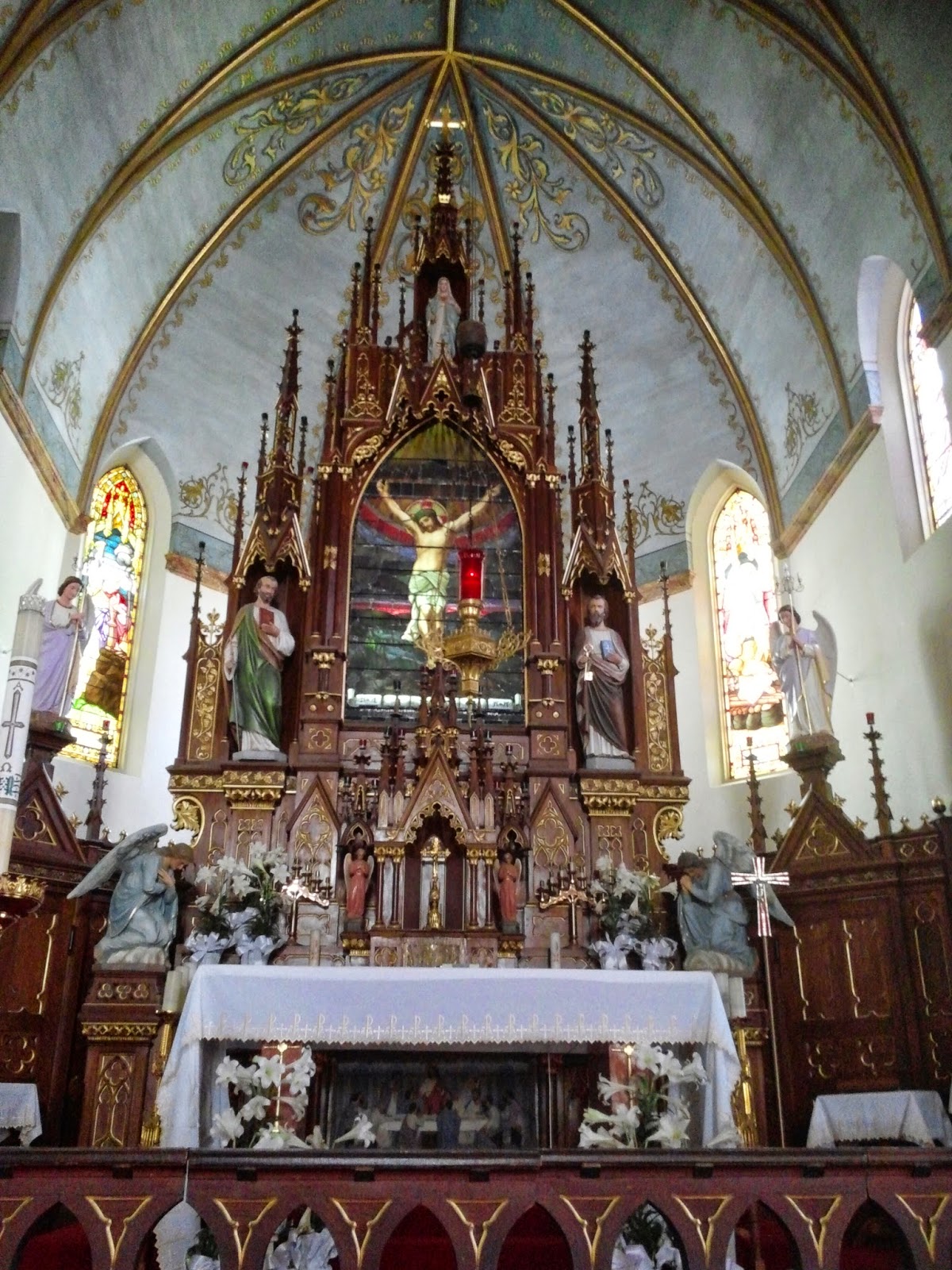 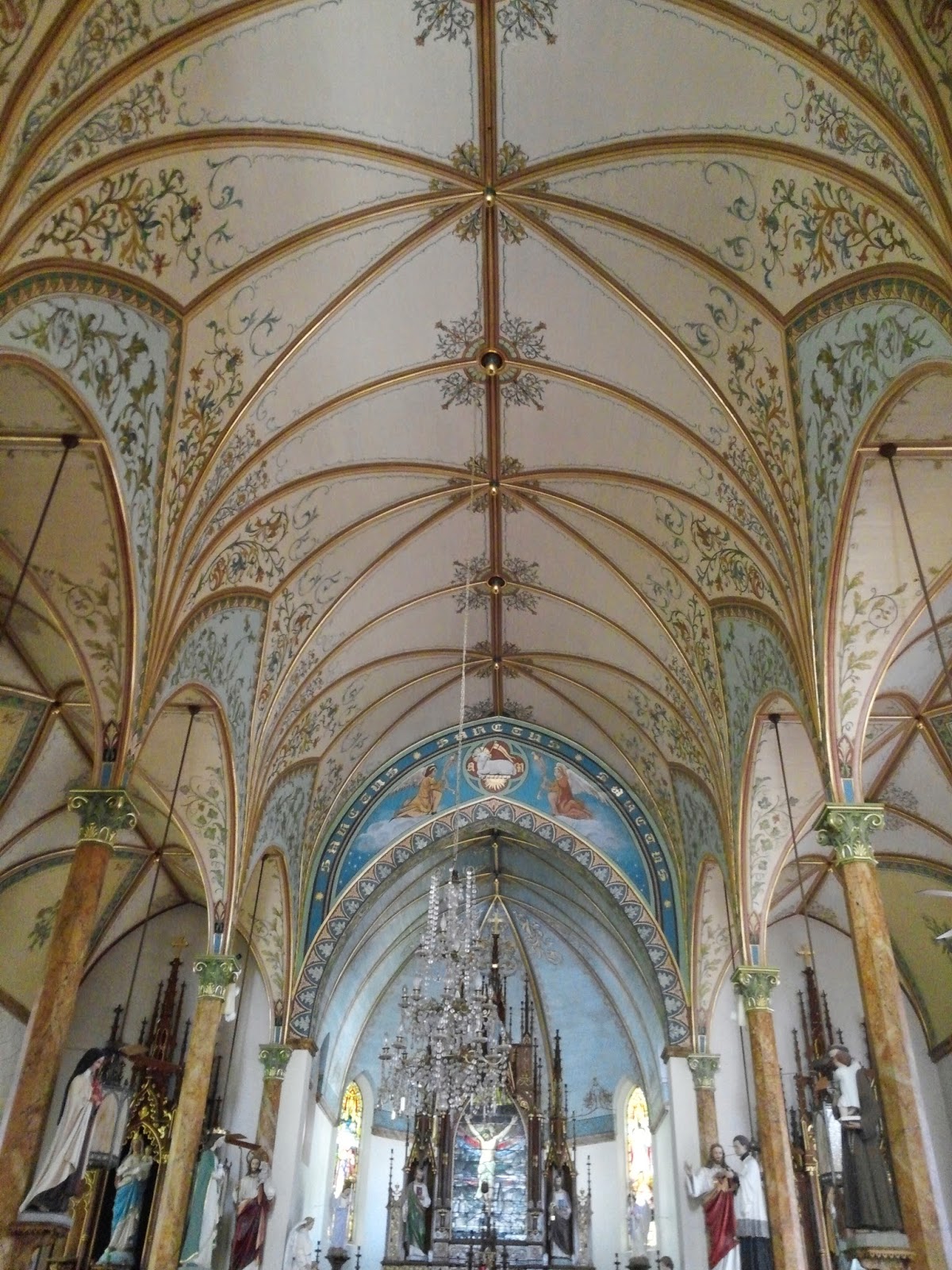 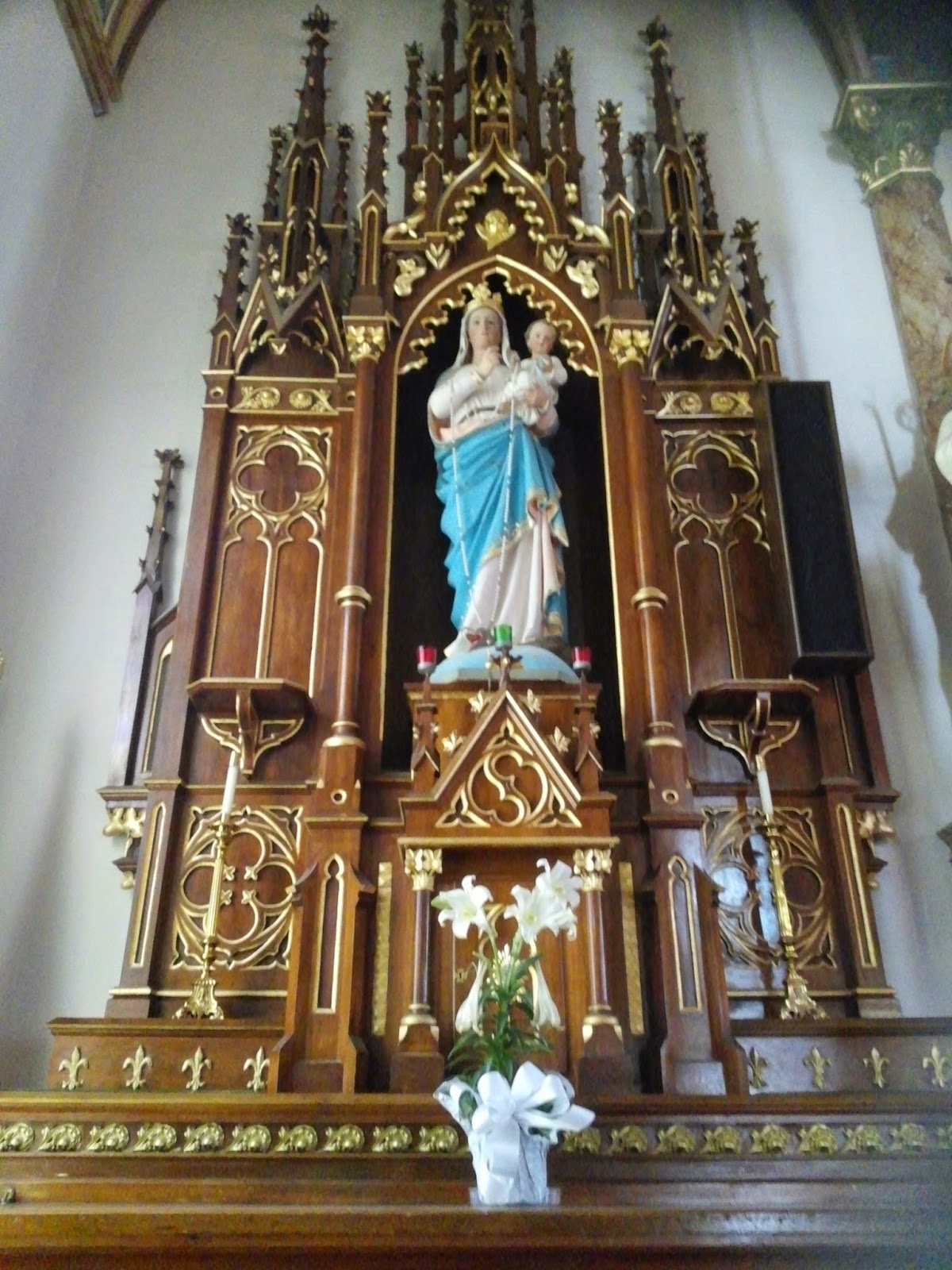 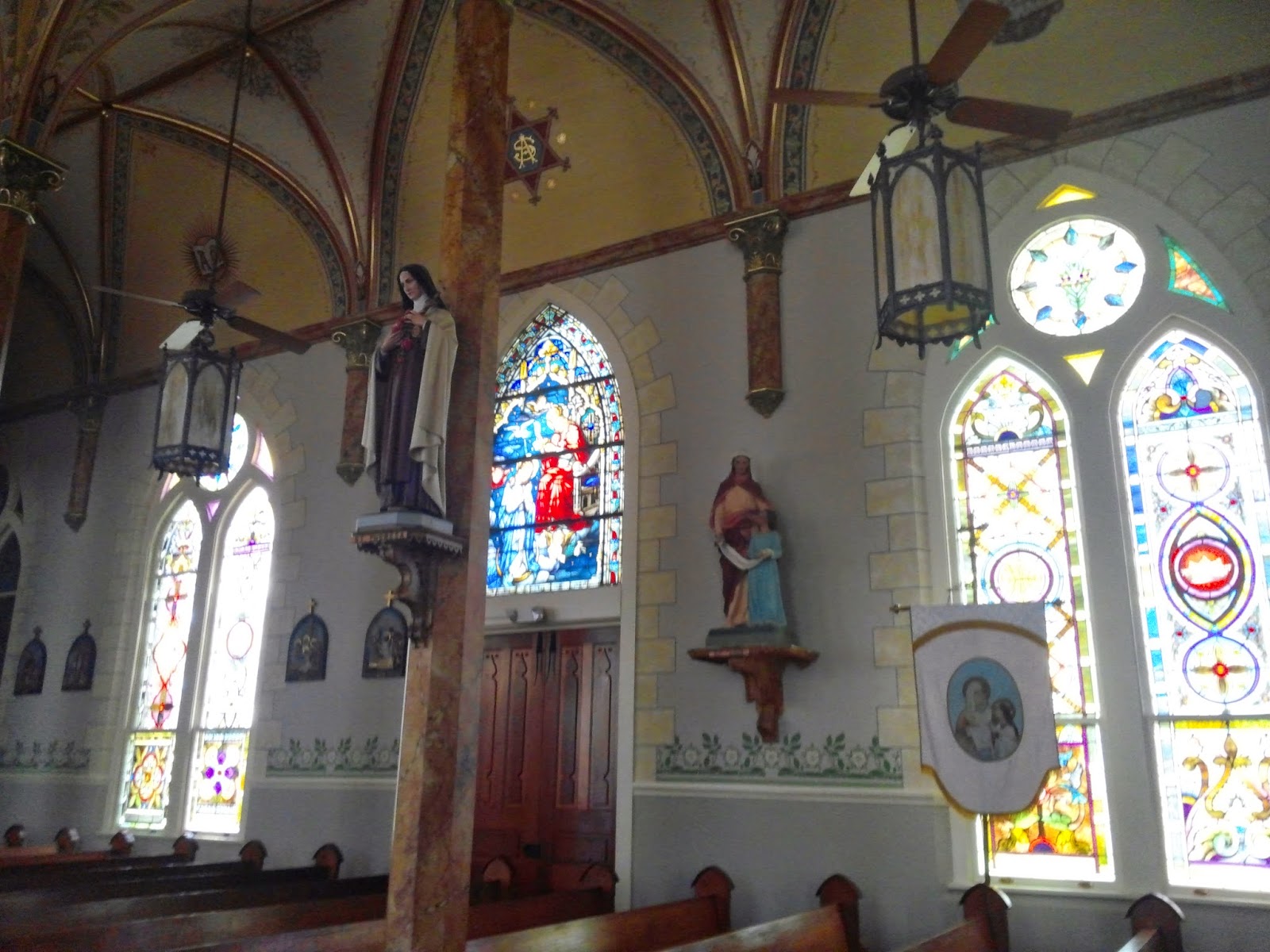 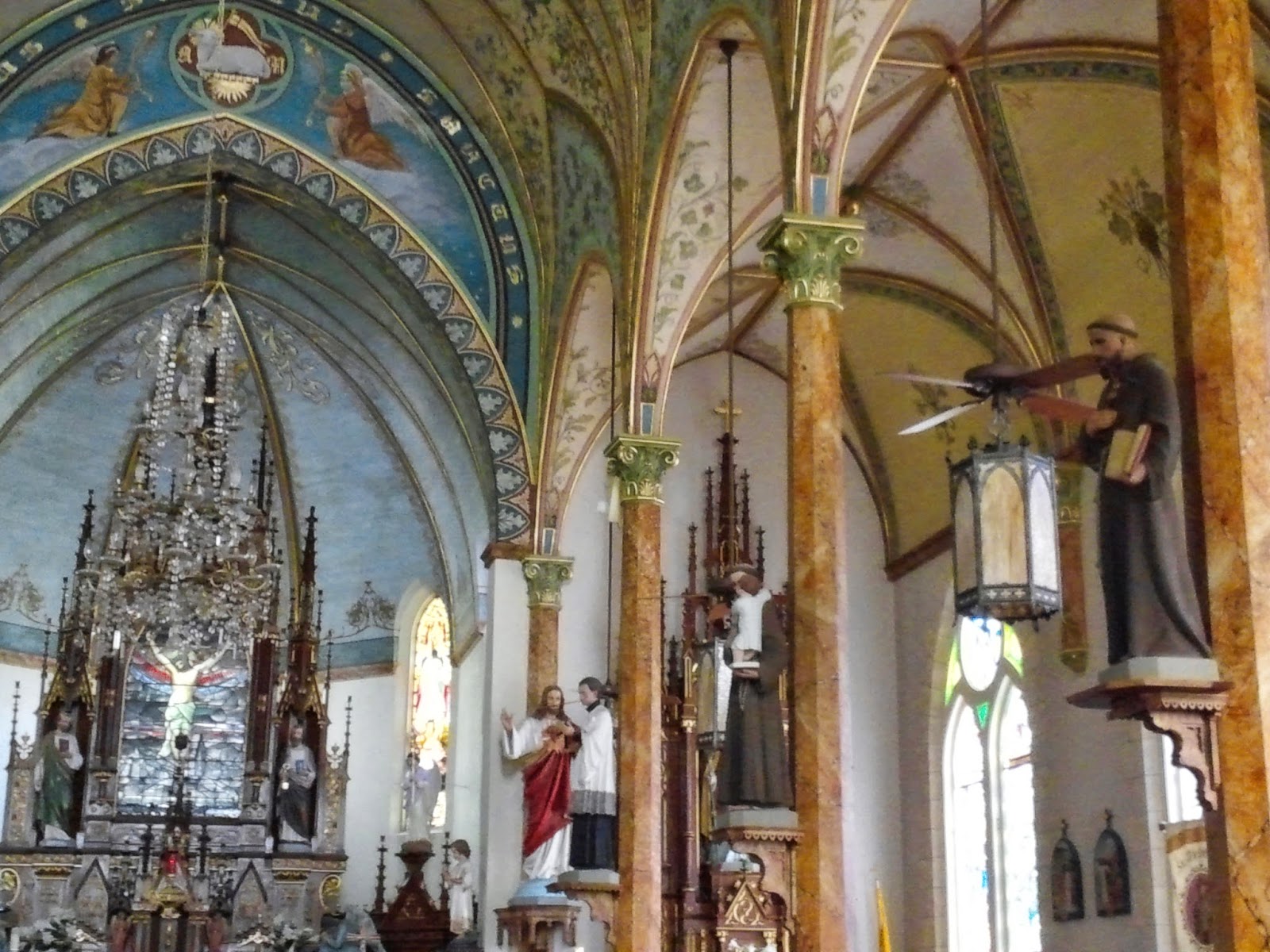 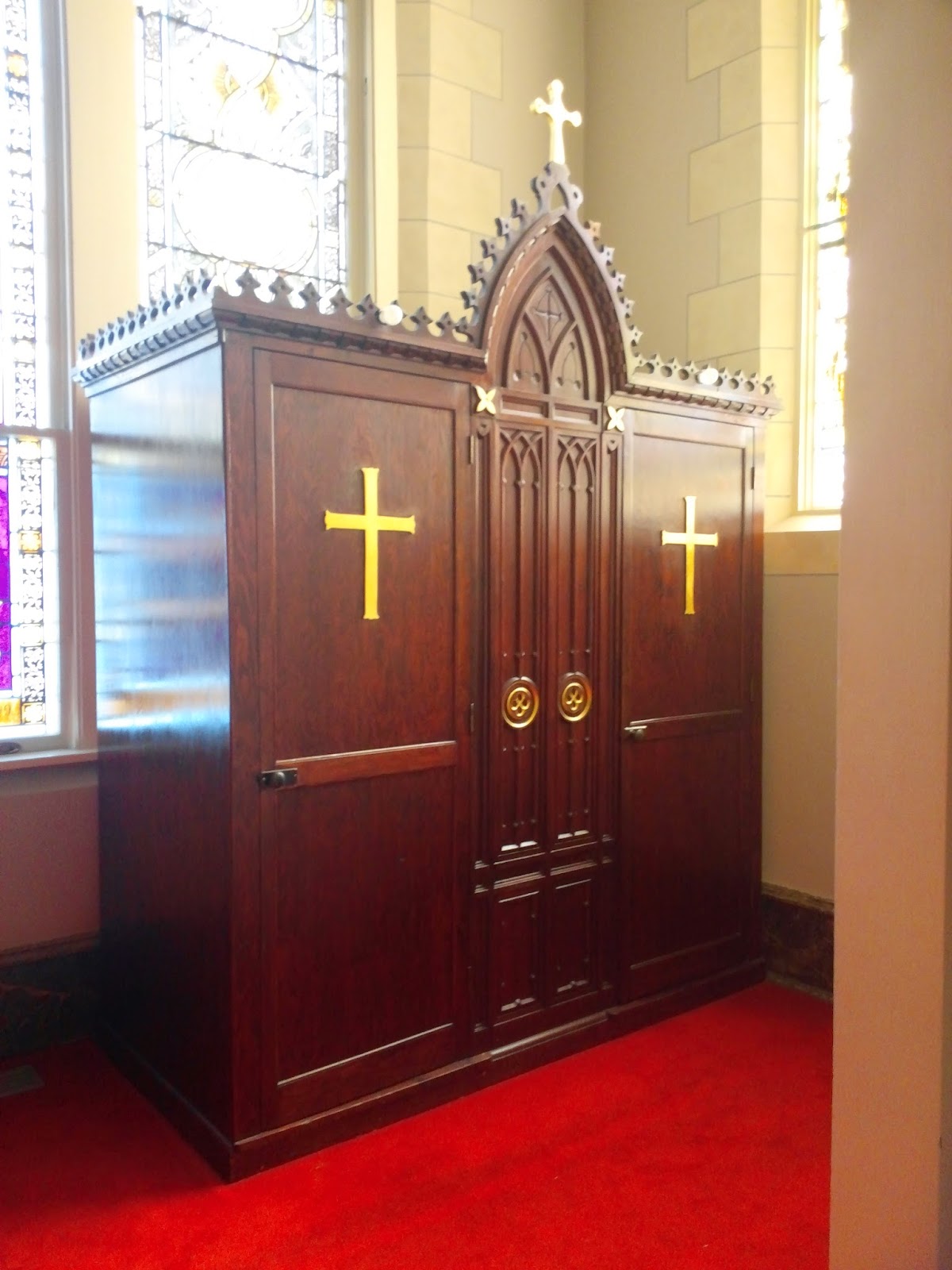 Posted by The Modern Medievalist at 9:52 AM