The past month has set a lot of distractions upon my way, but not to fear: I'm currently working on a piece about alcohol consumption in the Middle Ages and the causes of the temperance movement in the late 19th and early 20th centuries. This will commemorate the recently past 79th anniversary of the Eighteenth Amendment's repeal, signaling the official end of Prohibition. It won't be entirely the sort of article you're expecting, though.

In the mean time, I can share with you a trinket I made for my girlfriend: a choker made from a Gothic fabric trim, with a griffin locket to hold sentimental portraiture. It was my attempt at applying the medieval arts to a popular Victorian fashion accessory, though I suppose a mind to practicality might be of use in future experiments. Some say the choker was born from the French Revolution, when women would wear red ribbons around their necks to show solidarity with those who lost their heads to the guillotine. The fashion continued well into the 1920's, among commoners and high-born alike, as a way to emphasize a graceful neck. 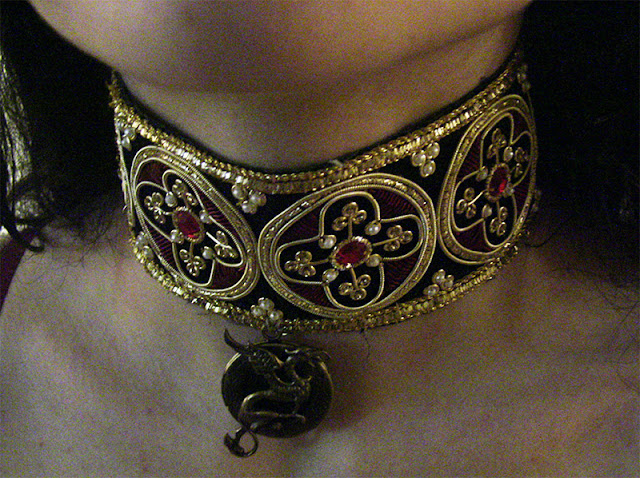