This past Sunday traditionally marked the beginning of Passiontide: the final two weeks of Lent. The old Roman practice dictated that all crucifixes and holy images in the church be veiled with violet fabric. Unfortunately, as with so many other things, the designation of the fifth Sunday in Lent as "Passion Sunday" was dropped with the Vatican II reforms, and the period of Passiontide effectively ceased to exist in most Catholics' imaginations.

Nevertheless, a few very conservative parishes will continue the custom of veiling scared images without the need for a rubric. Passiontide survived in the high Anglican tradition, so it's no surprise that our Ordinariate parish avails of veils. Some of our photos were recently featured in today's Passiontide photopost on the New Liturgical Movement. I also include some below: 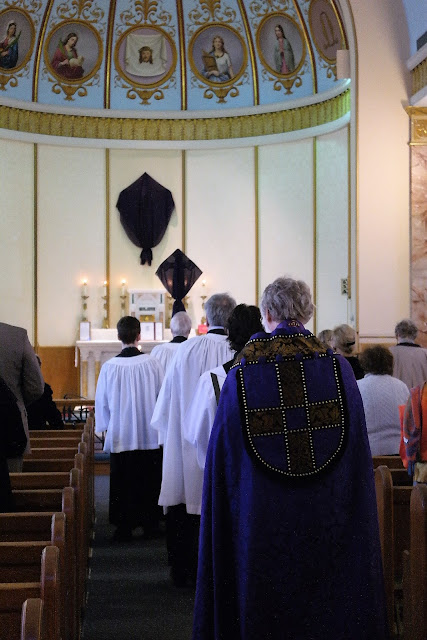 Passiontide continued with a special Mass at the parish of one of our traditional Latin Mass chaplains: the church of Holy Martyrs, Oreland. It's a fixer-upper, but the pastor has done a spectacular job in adorning the church over his short time there so far. I directed my schola for what was the first TLM celebrated at the parish since the Vatican II reforms. 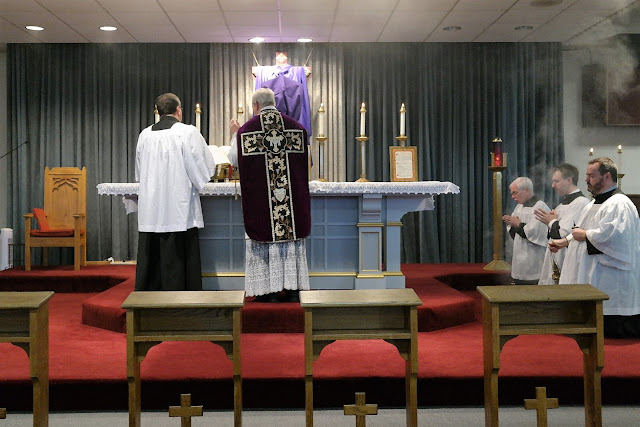 Do the altar and pulpit look a bit familiar? Perhaps it's because they were both constructed for Pope Francis for his big televised Sunday Mass on the Benjamin Franklin Parkway during his 2015 visit to Philadelphia! (see below) Father K needed an altar for his own parish, asked for it, and got it. 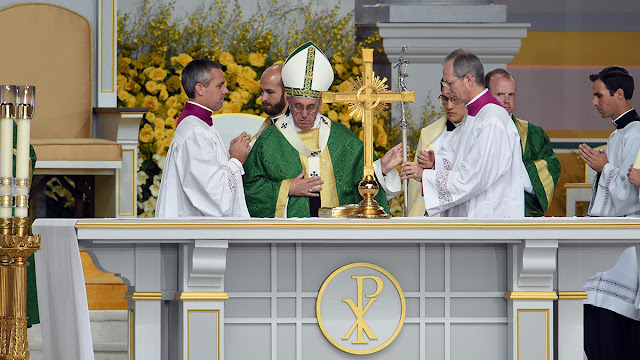 There was excellent turnout (50 or more on a weekday evening) and overwhelmingly positive feedback. Let's hope this marks the beginning of more traditional liturgies.
Posted by The Modern Medievalist at 3:39 PM 3 comments: