For the feast day of these United States, it's worth sharing some modern medievalisms I've encountered relating to the building of this country. Here's one from the visitor's center at George Washington's estate of Mount Vernon: "Reading the Declaration of Independence to Washington, 1776". Of course, having been appointed commander-in-chief of the Continental Army at this point, Washington was no longer a delegate in Philadelphia and not a signer.

From Washington's general orders for July 9:

"The Hon. The Continental Congress, impelled by the dictates of duty, policy and necessity, having been pleased to dissolve the Connection which subsisted between this Country, and Great Britain, and to declare the United Colonies of North America, free and independent States: The several brigades are to be drawn up this evening on their respective Parades, at Six OClock, when the declaration of Congress, shewing the grounds and reasons of this measure, is to be read with an audible voice.

"The General hopes this important Event will serve as a fresh incentive to every officer, and soldier, to act with Fidelity and Courage, as knowing that now the peace and safety of his Country depends (under God) solely on the success of our arms: And that he is now in the service of a State, possessed of sufficient power to reward his merit, and advance him to the highest Honors of a free Country."

My favorite specimen of Gothic revival architecture is perhaps the Washington Memorial Chapel in Valley Forge, Pennsylvania, built over the Continental Army's winter encampment of 1777-1778 as a tribute to the general and those soldiers. Here's a view of the interior, courtesy of Louis Dallara. 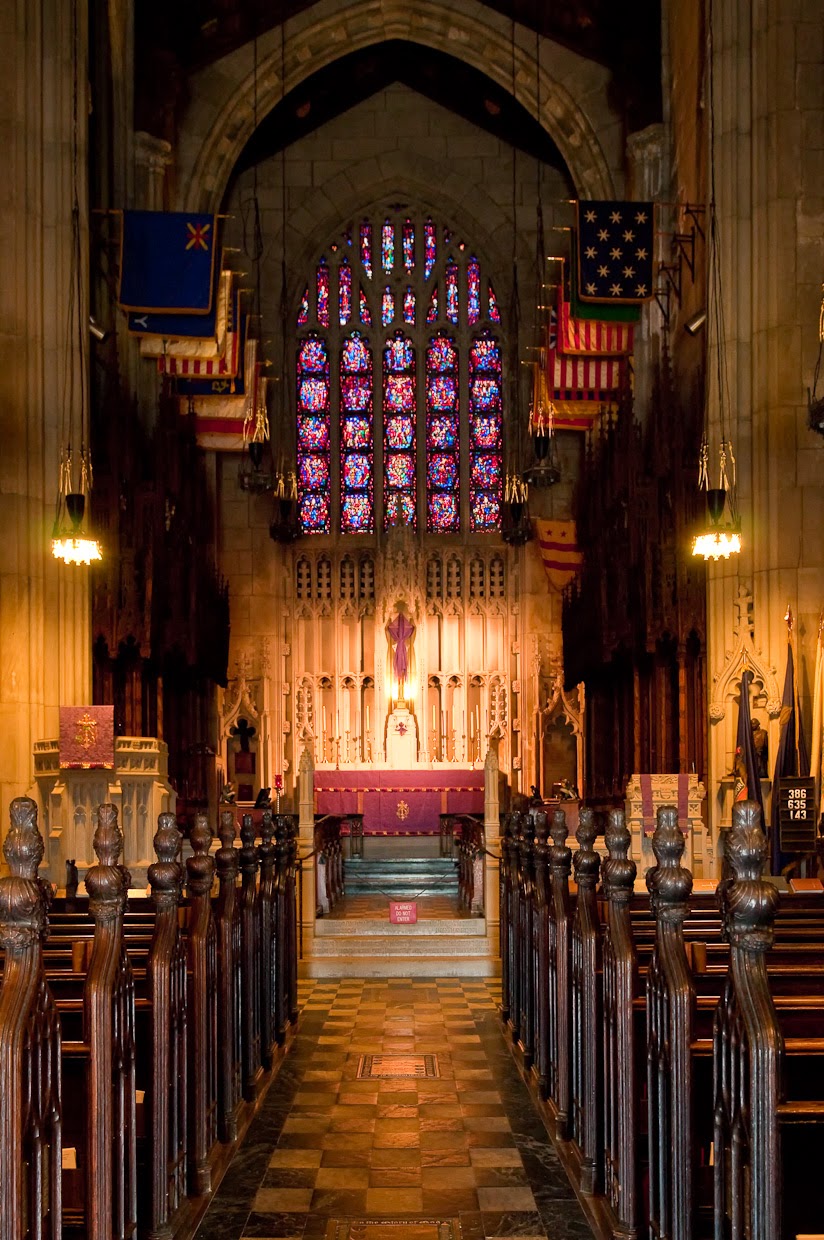 On the epistle side, Washington solemnly looks on:

Posted by The Modern Medievalist at 2:57 PM No comments: