The Order of Malta: what it means to be sovereign

It's been a harrowing week for the Modern Medievalist. Some of you may remember that my first parish church, where I was baptized and married, was the "Anglican Use" community of Our Lady of the Atonement in San Antonio: a phenomenally successful Roman Catholic parish whose unique liturgical and cultural identity is now in danger after the Archbishop of San Antonio suspended my old pastor in an attempt to keep it from joining the Personal Ordinariate (see SaveAtonement.org). The situation quickly escalated into a headline in the San Antonio newspaper's Sunday edition and exploded all over Catholic social media. I've done what little I could to help via writing a letter and doing an interview for the local paper, but the fate of the parish is now in God's hands as authorities in Rome evaluate the case and make a decision.

What happens to Our Lady of the Atonement, however, is small potatoes in the grand scheme of ecclesiastical drama compared to the situation that subsequently unfolded with the Sovereign Military Order of Malta when, after a meeting with Pope Francis, Fra' Matthew Festing tendered his abdication as Grand Master. (A general summary may be read here.) For Atonement, as special as that place is to me, is still but one parish--but the Order of Malta is a military order of the Church with a truly global presence, numbering upwards of 13,000 invested Knights and Dames, 25,000 employees, and over 80,000 volunteers including yours truly.

The Order's motto outlines its twofold mission as it has always been since the time of the Crusades: Tuitio Fidei et Obsequium Pauperum, the nurturing (or defense) of the faith and the care of the poor and sick. The latter part is carried out by both local initiatives (here in Philadelphia, we partner with Aid for Friends to pack meals for the homebound, as well as assist a shelter for unwed mothers) and global projects such as Malteser International, which assists especially with disaster relief and basic medical care in the third world, and the Holy Family Hospital in Bethlehem: the only place in the very cradle of the Christian faith where women can give birth in a quality environment. There is also, of course, the Order's famous annual pilgrimage to the Lourdes shrine to assist malades from around the world to the miraculous healing waters.

A great deal of these works are made possible by the Order's status as a sovereignty by many national and supra-national bodies, despite its lack of a territory to govern. From its humble foundation by Blessed Gerard as a hospital under the patronage of St John the Baptist in the Christian Quarter of Jerusalem, the community and its scope of service both rapidly expanded after the First Crusade. In 1113, Pope Paschal II recognized the importance of the Hospital and granted it sovereign status in the bull Pie Postulatio Voluntatis. The bull guaranteed that Gerard's successors (the Grand Masters) and the work of the newly established religious order could be impeded by no king, bishop, nor any other authority. 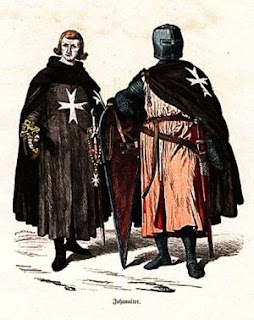 The Knights Hospitaller continued to serve the sick, as well as fight bravely alongside the Templars and other crusader state armies until the fall of Acre in 1291. They found a new home on the island of Rhodes, transforming the Order from an army into a naval power--and, in the process, taking on the responsibility of governing the island, complete with their own currency, trade agreements, and all the other trappings of an independent state. The heroic siege of 1523 against the forces of Suleiman the Magnificent forced the Order to surrender Rhodes and wander stateless for a time until they acquired the island of Malta, where the Order's role as a bulwark against Turkish naval aggression in the Mediterranean resumed with accolades (especially in the famous siege of 1565) until the arrival of Napoleon's Egyptian expedition. Then, it was not defeat on the battleground but a needless surrender, perhaps at the behest of a small faction of French Knights, that caused the Order to at last surrender its territory.

Relocated to Rome and granted the Magistral Palace as a shadow of its former possessions (much like the Vatican City today as a vestige of the old Papal States), the Order's sovereign status somehow lived on. The Grand Masters continued to be recognized as Princes. The Order still issues commemorative stamps and passports to its highest officials, and it enjoys observer status in the United Nations. These are, however, but symbols of something greater: the Order of Malta's unchallenged reputation as a provider of humanitarian aid, and even as a moral authority amongst powers that grow ever more skeptical of the Catholic Church's place in the table of world affairs. The Knights defy all those who proclaim the death of chivalry and the irrelevance of religion by their very existence, daily keeping to their roots as a religious order devoted to defending the faith and caring for the poor and sick. It would be a mistake to dismiss, as even some faithful Catholics have, the Knights as just another religious order. (Last I checked, even the august Franciscans and Dominicans don't have ambassadors to foreign countries. Advantages like that in practicing the works of mercy, as emphasized by the recent Jubilee Year of Mercy, are forever gone once lost.)

Christ said "a house divided against itself cannot stand". Just as Anglicans who may have been tempted to swim the Tiber and enter full communion with Rome have watched aghast at the situation surrounding Our Lady of the Atonement, the whole world is watching as one venerable old sovereignty challenges another's. Should the Order's sovereignty be compromised in the eyes of the world, its mission to care for "our lords the sick" will suffer in the years and generations to come. As canonist Edward Condon suggests in his latest column, who's to say that, when the dust settles and the Holy See's honor has been satisfied, the long knives of state won't come for them next?

The Order's Sovereign Council convenes on Saturday to decide whether or not to accept the Grand Master's resignation. Should he abdicate, the Order will lose the leadership of a man who, from my listening to his speeches (such as his radio interview here) and from anecdotes from Knights and Dames, is truly devout (he regularly leads the recitation of Vespers in Latin for the Knights in community in Rome) and an unimpeachable gentleman in every sense of the word.... and there will be one fewer sword standing between us and the forces gathering in Mordor for the great battle to come.

Posted by The Modern Medievalist at 2:28 PM 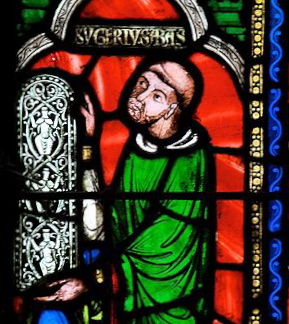