The marvelous creations of Pugin, and other photos: part 1

Here are a few of the lesser-seen creations or drawings of Augustus Welby Pugin, as seen in the book Pugin: A Gothic Passion by Paul Atterbury and Dr. Clive Wainwright. Truly, you can apply his "True Principles" to everything!


Pugin's first job was in the London theatre, raising sets for the stage. He soon graduated to drawing them. The set below was made by Pugin for a production of Shakespeare's Henry VIII, probably for the trial of Queen Katherine of Aragon. 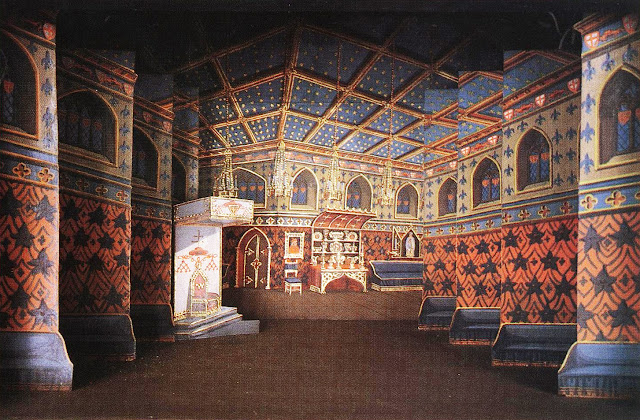 Pugin was a man interested in every single aspect of design. Not only did he write and illustrate his own books; he sometimes oversaw the details of binding and publication too. The following example is of the Liber Vitae (Book of Life), a book recording visitors to Ushaw College, a Catholic seminary. It was founded by students of the English College in Douai, France that had fled from the Revolution. As a reminder of the pathetic state of the Church today, Ushaw closed last year due to lack of vocations. 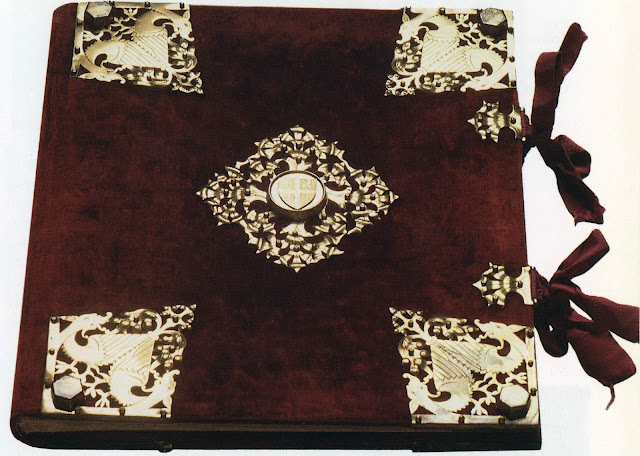 An illustration inside the book. 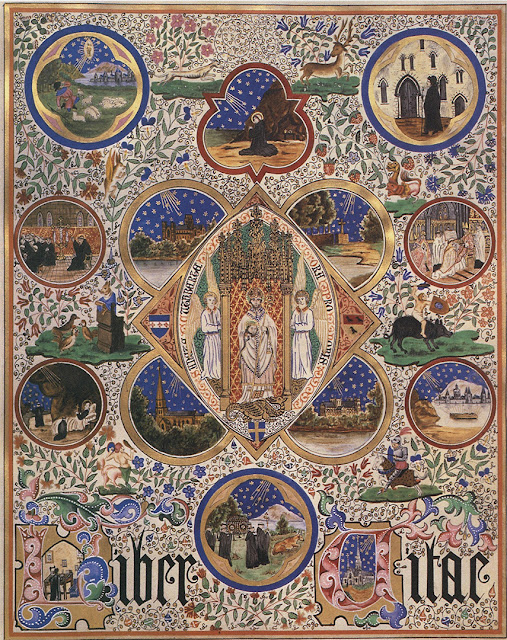 A door-knob and plates in Gothic style in Pugin's house, using the latest in 19th century technology. 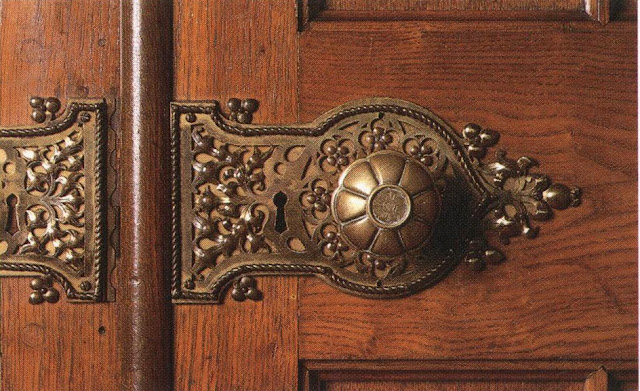 Concept art for Pugin's house, called the Grange, and the church of Saint Augustine of Canterbury (Pugin's patron and namesake) next door. The church spire was never finished. In yet another insult to the legacy of Pugin, the Benedictine monks who moved out of this church earlier this year put up a lot of the church's treasures, including vessels made by Pugin, up for sale on the secular market. Is nothing sacred anymore? 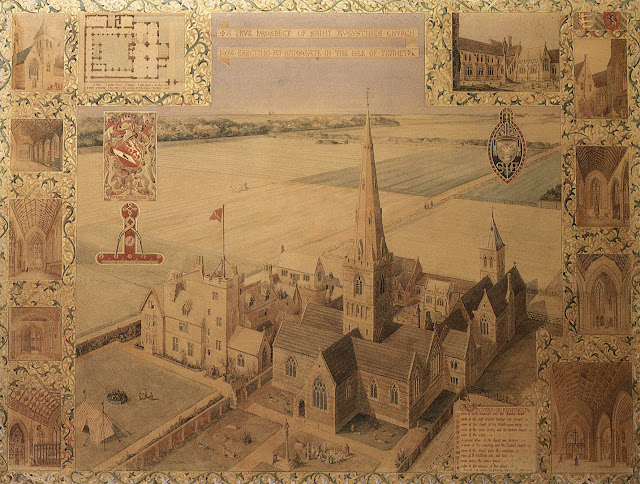 Pugin imposed his sense of style upon pretty much everything in his life. Below is a plan for a wedding dress he designed for an ex-fiancee, Helen Lumsdaine. In a medieval style, of course! 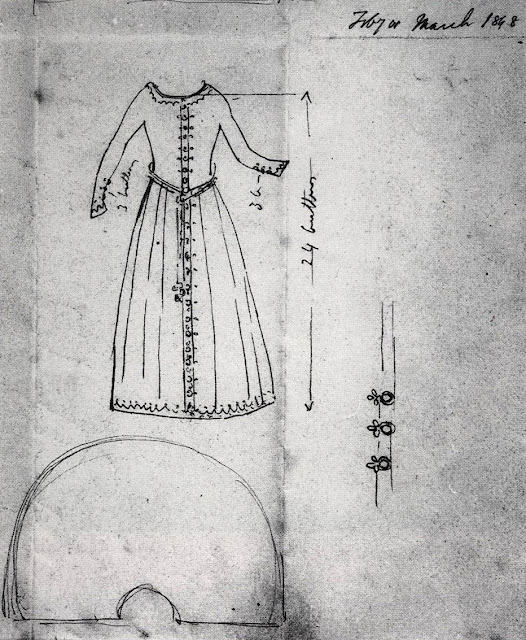 In the below illustration, Pugin imagined what a medieval chest would contain, and just drew these items up on a whim. 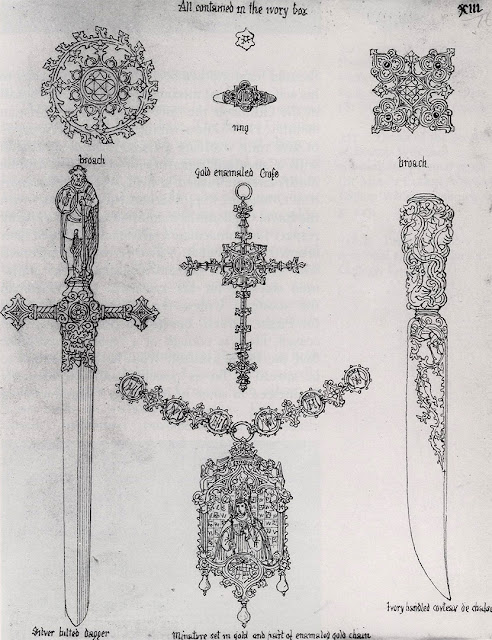 A lantern clock, currently held at the Palace of Westminster. 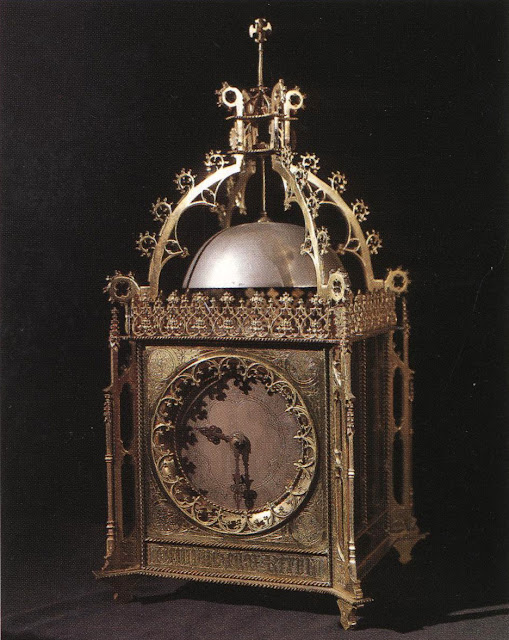 Pugin didn't do many private houses. One of his domestic commissions was for Scarisbrick Hall, the seat of an ancient Catholic recusant family whose claim to nobility goes back to King Stephen. 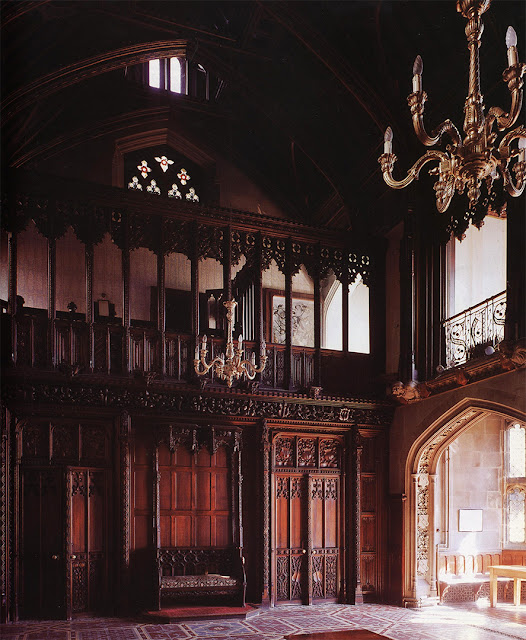 If you liked what you saw, feel free to check out my previous postings on Pugin:


This series of photos continues here.
Posted by The Modern Medievalist at 8:33 PM