In my post just prior to this, I lamented the traditional community's overall lack of worthy lecterns and pulpits. There is one sort of lectern that's still ubiquitous among trad communities: the Missal stand. I just wanted to share a couple of amazing Missal stands I saw on the Met's website, but I felt they would just bloat the previous, already bloated article.

The first is a silver creation of the Gothic revival from late 19th-century France. It was made by Louis Marcy, who apparently made a living off of making medievalesque items and actually selling them as "antiquities". 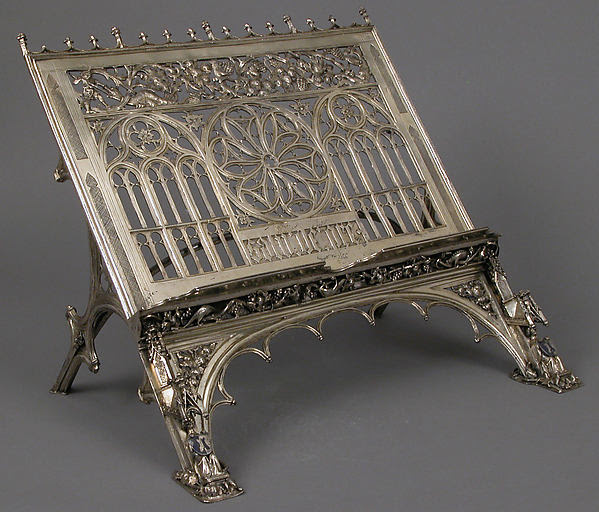 This one is made of iron in the shape of a fortress, probably from Spain as it bears the arms of Castile and Leon. On the bookrest, it read In principio erat verbum ("In the beginning there was the Word") and along the base, et verbum caro factus est ("and the Word was made flesh"). 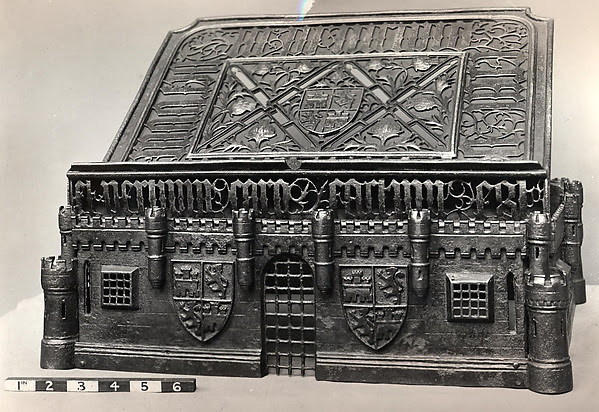 That one is probably the most awesome Missal stand I've ever seen.
Posted by The Modern Medievalist at 1:21 PM