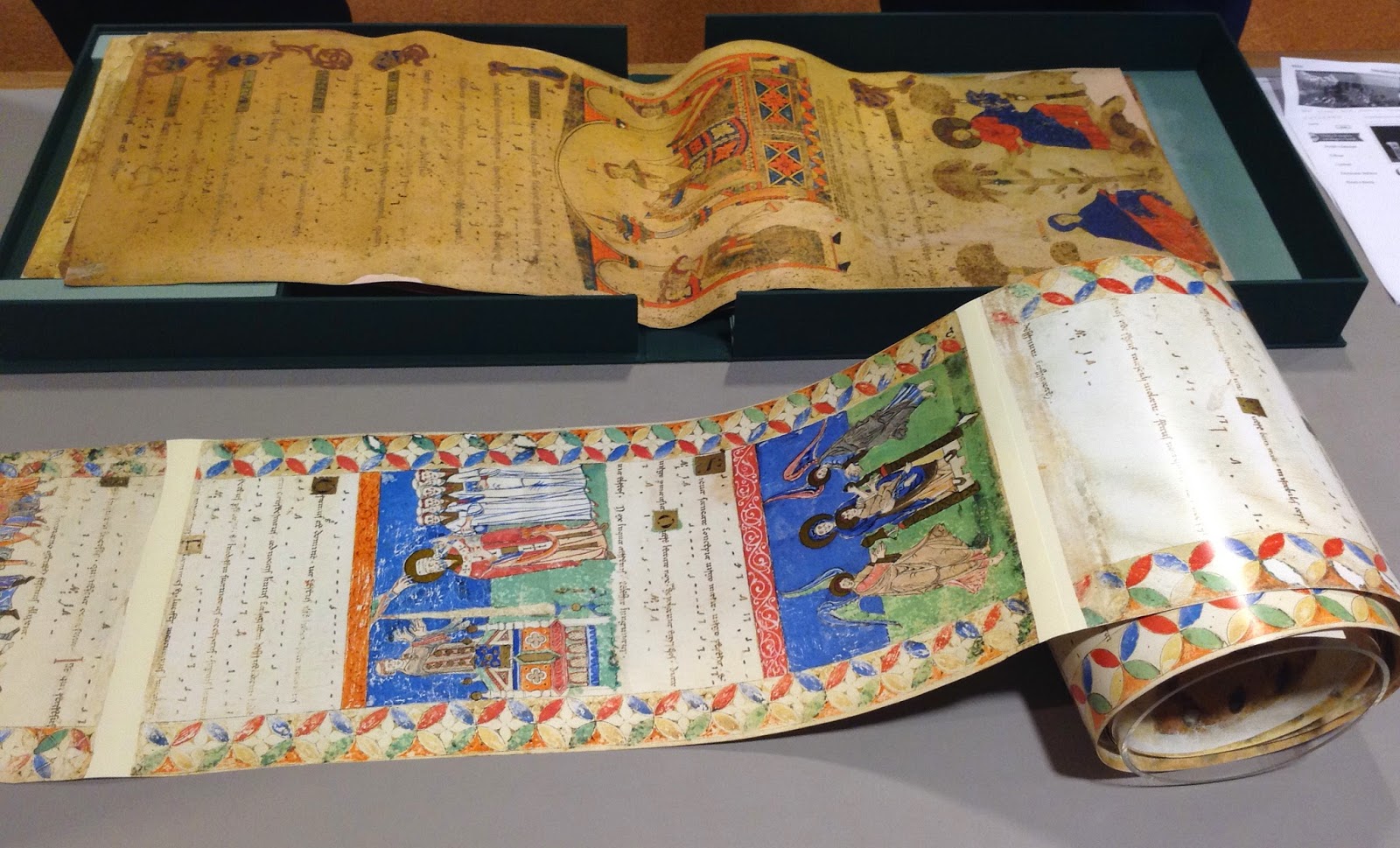 Yesterday, I posted two articles on the Easter Vigil: one on the glory of observing the Vigil on the night of Holy Saturday, and another on that great hymn which attests to its nocturnal character (for the deacon sings the phrase "this is the night" five times), the Exultet. Today, I bring to you a glimpse of a unique tradition that developed in southern Italy: the proclaiming of the Exultet by means of an illuminated scroll.
By the 10th century, the scroll, as a means of putting words down to posterity, fell out of fashion in favor of a handy little invention called the book. But today, we have 28 surviving, magnificently decorated scrolls from places in Italy such as Benevento and Salerno that attest to their persisting use on the holiest night of the year. What's more remarkable is that the scrolls are designed to be read vertically. Those who are familiar with the Torah scrolls still used in the synagogue know that a scroll is typically read horizontally, whether right-to-left or left-to-right. We can tell from the Exultet scrolls' structure, and some of the artworks themselves, that their holy pictures were meant to be seen by the lay faithful as the deacon sang the hymn.
There appears to have been two methods to show the scroll off to the laity. In the first, the text and neumes (the notes for the chant) were written one way, and the pictures were illustrated upside-down. The deacon sang the Exultet from the pulpit facing the people, and as he unraveled the scroll, it spilled down the face of the pulpit with the pictures correctly oriented so that the laity could see the story of salvation unfold before their eyes; quite useful in an era when the Exultet was sung in Latin to an illiterate mass.
In the second method, the neumes and pictures both faced the same way. This required two deacons: one stood below the pulpit with the people, facing the same direction. The other stood at the pulpit, unraveling the scroll so that the deacon below could sing it from bottom to top.
In yesterday's article, I alluded to the Exultet's role as an ode to the bees which produced the wax for the Paschal candle. Many of these scrolls appropriately have entire scenes devoted to the bees. See below:
Below, we have the beginning of an Exultet scroll where we can easily see how the text is upside-down.
Is the art of the Exultet scroll lost forever? So far, I've found two modern nods to this tradition on the world wide web. The first is a recreation I came across on someone's Flickr album. You can find the album here, but I'll also share a couple of images directly below. The artist began it in 2006 and the page notes that only a quarter of the text was done at the time. I wonder if she ever finished it. 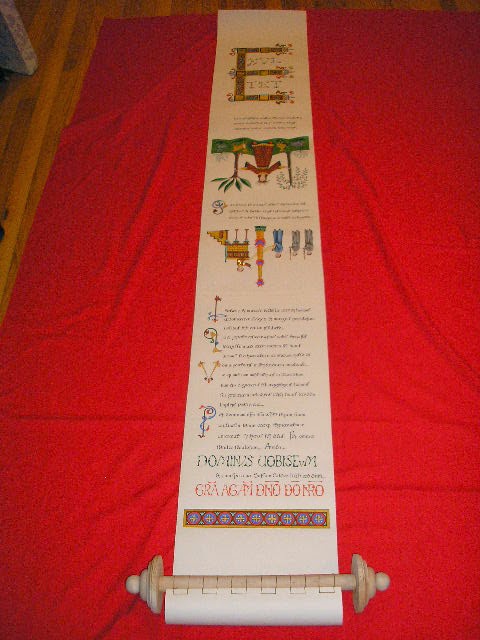 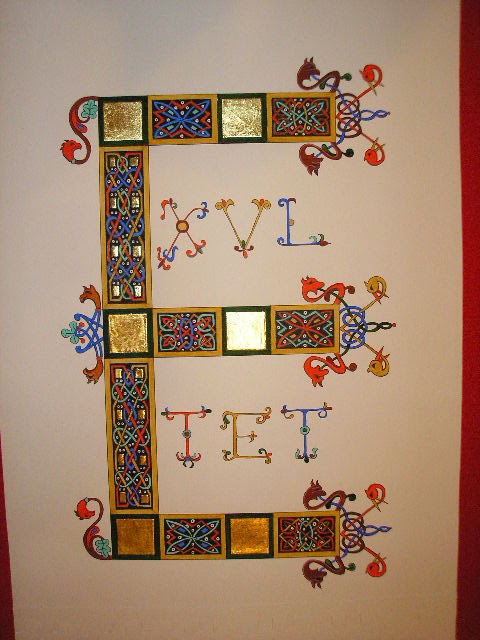 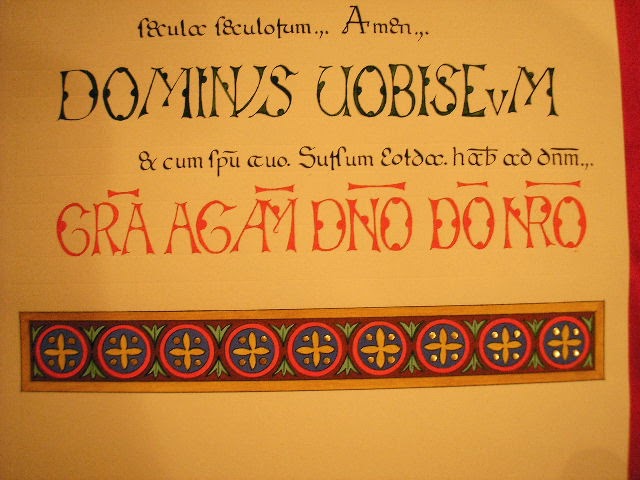 The last item I found is not a scroll at all, but an attempt to bring the illuminative tradition back to the Exultet in the form of a book. I imagine that, where the Exultet is sung today, it's usually sung from a simple binder of sheet music. A few years ago, a deacon and iconographer in Alaska, awed by the Exultet scrolls of medieval Italy, set to work on illuminating a book from which to sing the hymn. The product is now for sale from under the title The Illuminated Easter Proclamation for $70 on Amazon. The version used is the revised English text for the Ordinary Form of the Roman Rite. It has 28 Byzantine-style icons throughout. Of course, since this is a book, the faithful can't see them during the liturgy itself, but the icons are also sold on a CD (here) which, I suppose, could be used to print them out onto bulletins which can be distributed to the congregation.
I've shared the first icon below: Jonah being swallowed by the whale.

Terra tremuit! (the Offertory antiphon of Easter Sunday)
Posted by The Modern Medievalist at 11:30 AM