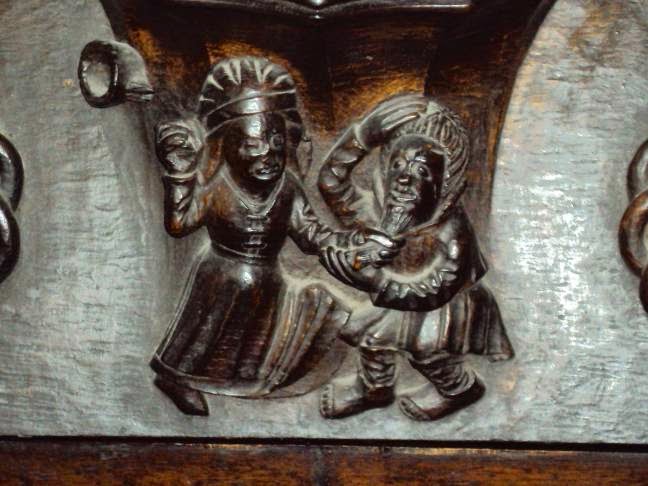 The image of a wife beating her husband with a cudgel is a common sight in medieval English cathedrals. You won't see them on the windows, or in the nave in plain sight of the faithful who poured in for daily worship. No, these were carved onto the misericords (literally, "mercy seats") that the canons of the cathedral leaned against or sat upon while praying the Hours through the course of the day. Because entry into this space of the church, called the chancel, was restricted to the clergy alone, the images on these misericords were only ever seen by them. They were rarely of explicitly religious scenes, as it was surely considered perverse to carve a holy image for the sole purpose of directly pressing one's buttocks against it. And so, the carvings tended to be flights of the artist's imagination, even inside jokes to help the priests get through the rigorous hours of prayer through the day.

We can easily imagine the solace a priest took in his celibacy when looking upon this image, and perhaps, a reverently made sign of the cross in thanks for God's merciful deliverance from a life of henpecked husbandry. 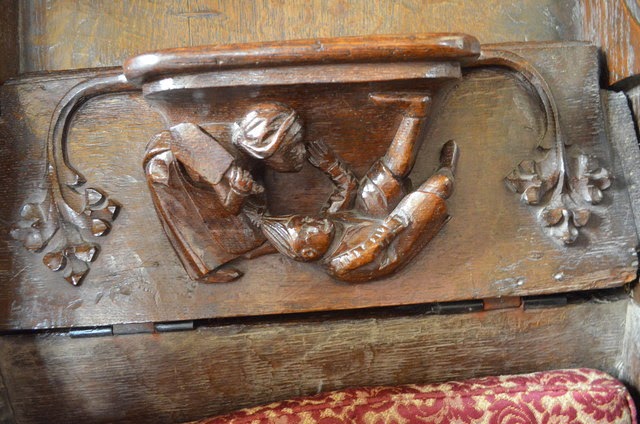 Posted by The Modern Medievalist at 10:31 PM