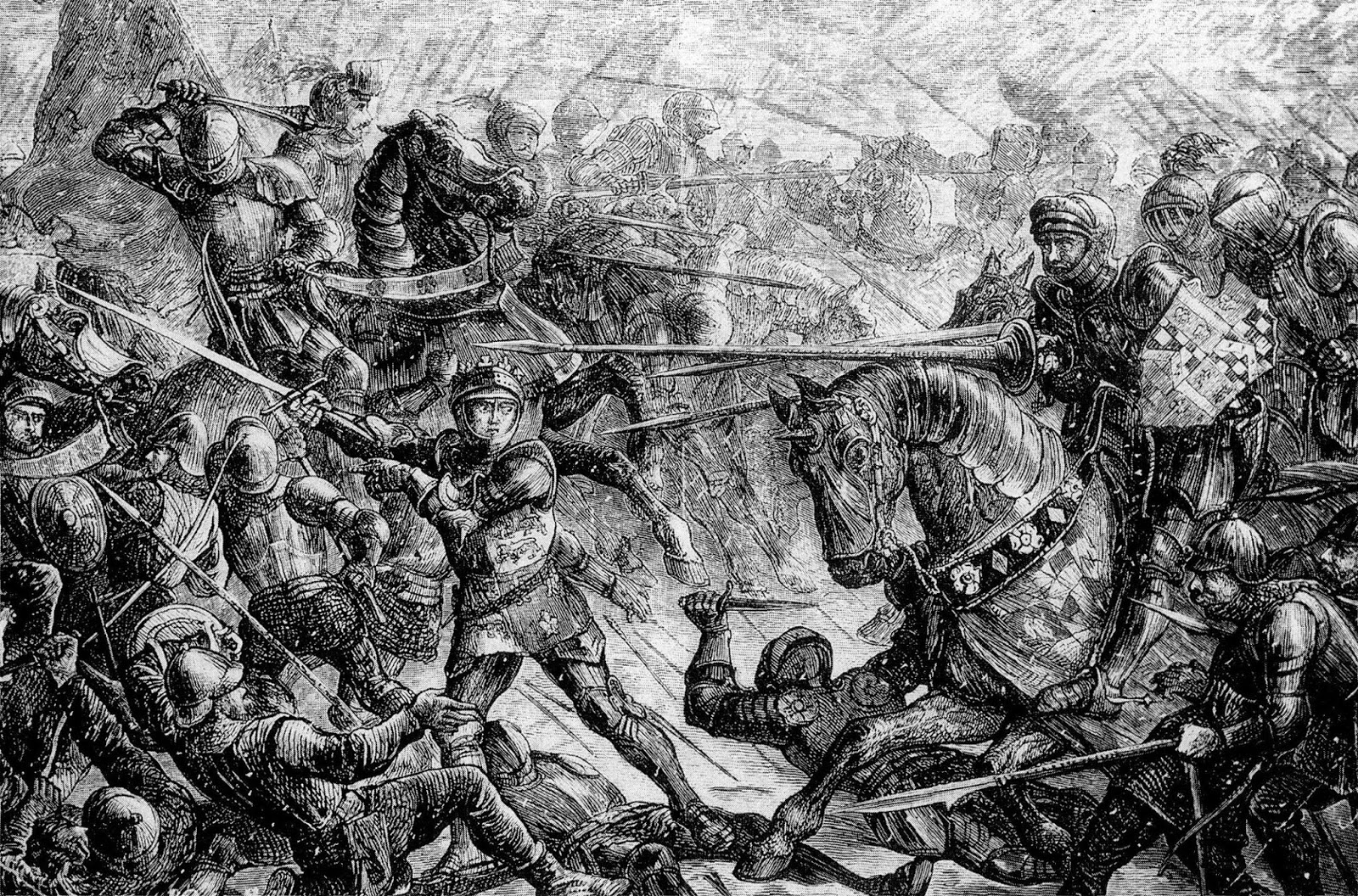 For the people of Towton, the bloody red cope of the Palm Sunday procession has another significance; for on that day, in 1461, the armies of York and Lancaster met on the battlefield amidst a snowstorm in a contest for the English crown. By its end, an estimated 28,000 men altogether were dead. Both sides announced no quarter was to be given. The fleeing Lancastrians filled the rivers with their dead, both from drowning and from being cut down. Only when they were filled to the brim could the retreating soldiers cross, stepping over the corpses of their fallen comrades. The waters flowed red with blood for days afterward.

Before the battle, the Yorkist commander Richard Neville, Earl of Warwick, called the Kingmaker, is said by legend to have killed his horse, saying "Let him fly that will, for surely I will tarry with him that will tarry with me". This told his men that he was going to fight on foot beside them, and that by killing his horse, he'd have no chance to flee the field if the battle went sour. According to local tradition, this was the reason that, for several centuries afterward, a large patch of ground in south Warwickshire was cut in the shape of a horse every Palm Sunday. Since the soil underneath was of red clay, this was called the Vale of the Red Horse.

Posted by The Modern Medievalist at 10:36 PM

Email ThisBlogThis!Share to TwitterShare to FacebookShare to Pinterest
Labels: Battle of Towton, Palm Sunday, Wars of the Roses, Warwick the Kingmaker