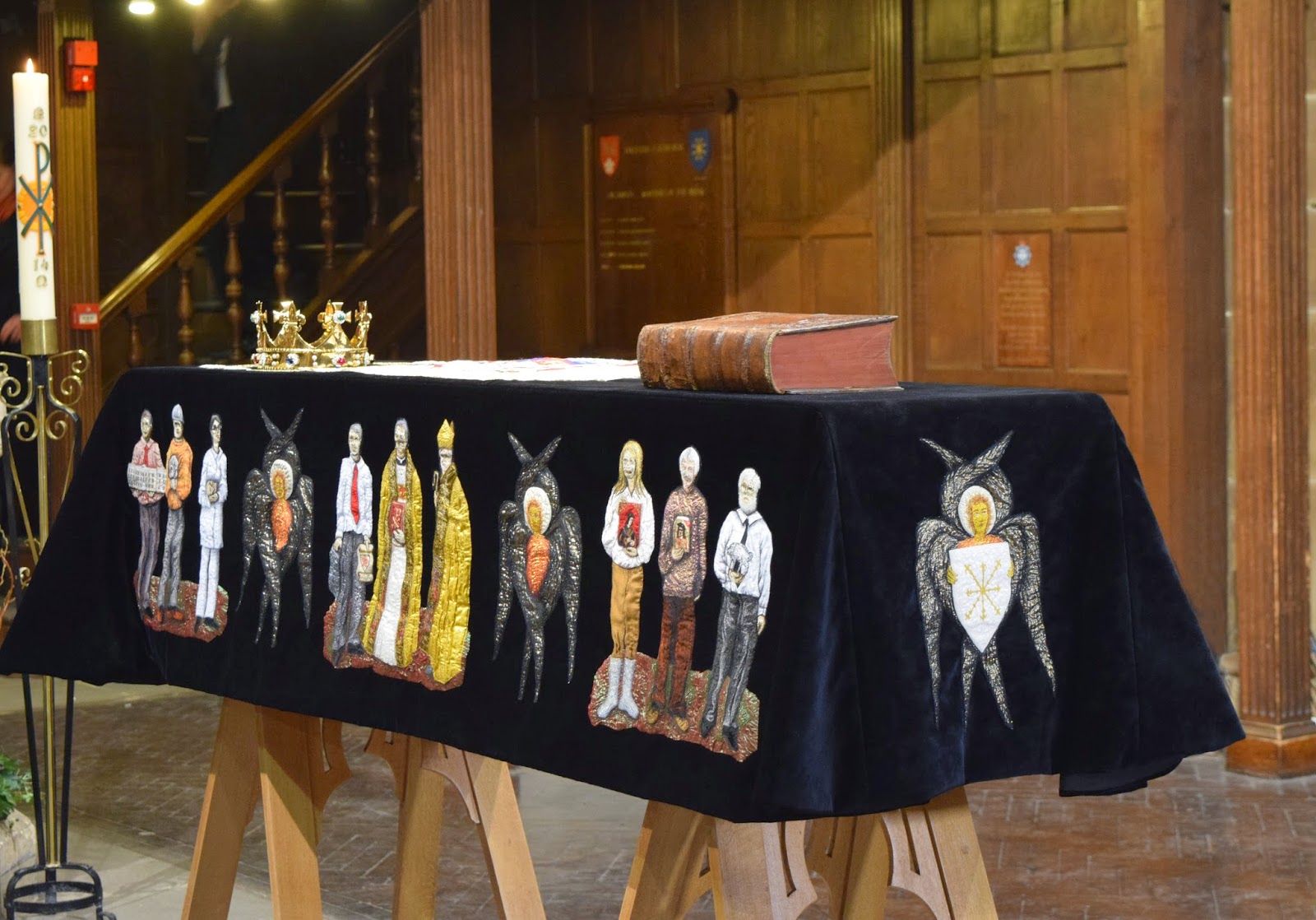 Though last Sunday's procession for Richard III may seem impressive and stately to us, I invite you to consider the possibility that funerary processions (though perhaps not to the same scale) were a relatively common sight even among the commons of the Middle Ages, thanks to the efforts of the guilds. The procession to the church was a visible call for the entire community to come together to mourn and pray for the deceased's soul.
After being brought into the church, the medieval; denizen's coffin was borne over a hearse; not the car or carriage used to transport a body, but a metal frame which suspended candles over the body while it rested in the middle of the church for one to three nights before the burial. Traditionally, it would have been placed on the hearse, covered with a hearse-cloth (or a pall), and then the clerks would sing the evensong Office of the Dead, beginning with the Placebo. Most parish churches owned a simple hearse cloth for all parishioners to share, but among the wealthier classes, it was common to commission a specially embroidered cloth with fantastical designs to ensure that the deceased would be remembered.
Artist Jacquie Binns embroidered the hearse cloth that currently lays over the coffin of Richard III while it awaits reinterment. While it's not what I would have designed, to say the least; and I'm perplexed at how the organizers neglected to build a hearse at all; I can at least appreciate how the artist decided to incorporate the likenesses of several people who were instrumental in the recovery of the king's remains, including Philippa Langley and Dr. John Ashdown-Hill. Some of those personages appear in Channel 4's excellent documentary on the search for Richard III's remains below (even if, as Langley later complained, the documentary made it seem as though she was in love with Richard): Richard III - The King in the Car Park.

-The poet laureate on Richard III: the poem at the reinterment. Also, Benedict Cumberbatch.
﻿
Posted by The Modern Medievalist at 5:36 PM