Ending the winter of his discontent: it's Richard III week! 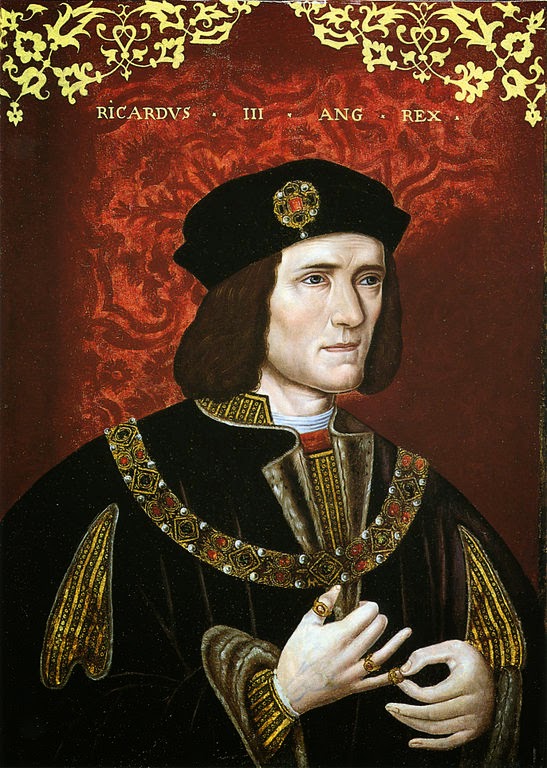 "And thus I clothe my naked villainy
With odd old ends stol'n out of holy writ;
And seem a saint, when most I play the devil."
--Shakespeare's Richard III

For five hundred years, these words have defined the legacy of Richard III, the last Plantagenet king of England. His royal brother, Edward IV, died in 1483 at age 40, dragging it out on his deathbed just long enough to name Richard as Lord Protector of the realm while Edward's eldest son, the heir to the throne, was just a boy. Before that boy could be anointed as Edward V, he and all his siblings were declared bastards by Parliament, and the crown passed to Richard. Within two years, the princes in the Tower disappeared and Richard put down one rebellion, only to lose the kingdom (and his own life) in another. As the dust settled on the field of Bosworth, an obscure Welshman by the name of Henry Tudor took the throne, founding the dynasty bearing his name and forever changing the course of history... for without Henry VII, there is no Henry VIII, and possibly, no Reformation in England. And without the Reformation in England, there's a good chance that her colonies (including Canada, Australia, and of course, the future United States) would have all become Catholic nations. As for Richard III, his body was stuffed naked into an ill-fitting tomb at the Greyfriars friary in Leicester, near the site of the battle. After Henry VIII's dissolution of the monasteries some fifty years later, the friary was sold off and destroyed. The site of the disgraced king's tomb was lost to time and urban development as the city grew, leaving old memories behind. 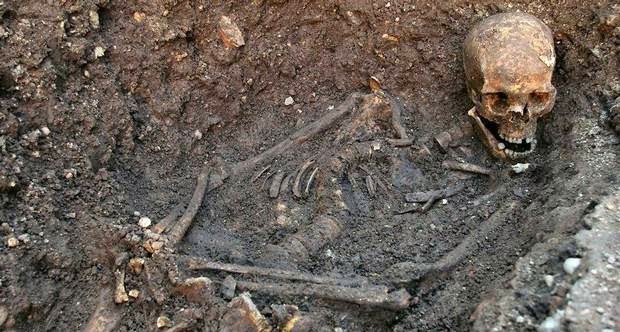 For most people, even in England itself, all this might as well have happened in the days of the Pharaohs. But thanks to an initiative from the Richard III Society and the University of Leicester, the king's skeleton, punctured and battered by weapons of war, was found underneath a parking lot in 2012. Forensic tests since then have confirmed "beyond reasonable doubt" that the bones recovered in the excavation are indeed those of Richard III. Debates then raged on among interested parties as to what to do with the remains. Should he be buried in state at Westminster Abbey, or in his beloved city of York? Should the rites be performed according to the established Church of England, or the pre-Reformation Catholic usages he would have known and observed in his own day?

Old Dickon may have met his maker five centuries ago, but discoveries like this give us cause to step back and reflect on the past. Was Richard really the monster of Shakespeare's play, or is the truth obscured by Tudor propaganda? Did Richard have a legal claim to the throne? Did he, or didn't he order the murder of the princes in the Tower? For that matter, why did Parliament so quickly accept the idea that Edward IV's children were all illegitimate in the first place? What kind of reinterment does Richard deserve?

This Sunday will mark the beginning of a series of observances in Leicester as the remains of Richard III are passed from the University to the custody of Leicester Cathedral. On Thursday, the 26th of March, Richard III will finally be laid to rest in a manner more fitting (one can hope) of an anointed king of England. As the days count down, I, therefore, proclaim Richard III Week here on Modern Medievalism. I'll explore as many of the above questions, and more, as I can until the 26th. With an ever-growing body of contemporary scholarship, long-lost primary sources, and (thanks be to God) an absence of Tudor spymasters prowling the web, we'll piece together a clearer picture of what really happened during those fateful last years of the Wars of the Roses and lay to rest some of the ghosts that have haunted history ever since those bloody battles and intrigues for the hollow crown.

"My conscience hath a thousand several tongues,
And every tongue brings in a several tale,
And every tale condemns me for a villain.
Perjury, perjury, in the high'st degree;
Murder, stern murder in the dir'st degree,
Throng to the bar, crying all, 'Guilty!, guilty!"
Posted by The Modern Medievalist at 1:30 PM

Email ThisBlogThis!Share to TwitterShare to FacebookShare to Pinterest
Labels: Henry VII, Richard III, the Tudors, Wars of the Roses