The poet laureate on Richard III 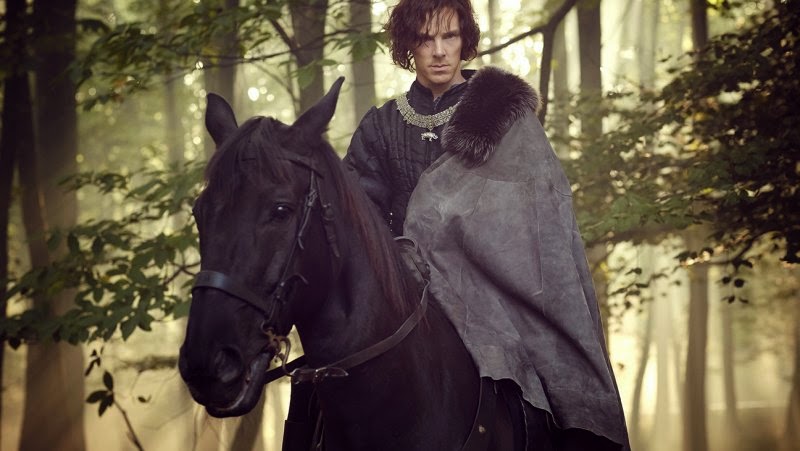 I'm sharing this mainly because this is the only full segment of Thursday's reinterment that's been posted online so far; not because I'm part of the Benedict Cumberbatch Fan Club. Nonetheless, it's a good poem, and Cumberbatch actually has a couple of good reasons for being involved (namely, for being the latest actor to take up the role of Richard III in the next Hollow Crown series, and also for being a descendant of the House of York).
And, I admit, BBC's Sherlock is pretty good.

'Richard', by Carol Ann Duffy (Poet Laureate of the United Kingdom)
My bones, scripted in light, upon cold soil,
a human braille. My skull, scarred by a crown,
emptied of history. Describe my soul
as incense, votive, vanishing; your own
the same. Grant me the carving of my name.

These relics, bless. Imagine you re-tie
a broken string and on it thread a cross,
the symbol severed from me when I died.
The end of time – an unknown, unfelt loss –
unless the Resurrection of the Dead …

or I once dreamed of this, your future breath
in prayer for me, lost long, forever found;
or sensed you from the backstage of my death,
as kings glimpse shadows on a battleground.

-The poet laureate on Richard III: the poem at the reinterment. Also, Benedict Cumberbatch.
Posted by The Modern Medievalist at 11:50 AM